The Mountain State is no stranger to ghostly encounters and frightful stories. Think you’re brave enough to walk the halls of one of the spookiest asylums in the nation? Or how about a tour around one of West Virginia’s oldest and most haunted towns?

The paranormal is pretty normal at these haunted places in West Virginia: The small town of Harpers Ferry is also one of West Virginia’s most historic towns and possibly most haunted. Playing an important role in the Civil War, Harpers Ferry has its fair share of hauntings and ghost sightings. The town was home to an abolitionist uprising during the Civil War, a fiery death at the hands of an oncoming train, and a local church that played the role of a hospital during the Civil War. Join Ghost Tours of Harpers Ferry on a journey into the past and the supernatural with lantern-lit tours on select days. Contact (304) 725-8019 for more information.

Keeping the Civil War theme going, Droop Mountain Battlefield State Park was home to the last major Civil War battle in the state of West Virginia. The sight of ghosts and the sounds of voices and galloping horses in the park have been reported over the years. For more details, call (304) 799-4087. Recognized as a National Historic Landmark, the Trans-Allegheny Lunatic Asylum housed thousands of patients suffering from mental illness since the mid-1800s. Abandoned in 1994, reports of paranormal activity have occurred within the property. Popular televisions series’ that have visited the asylum include SyFy’s Ghost Hunters and Travel Channel’s Ghost Adventures and Paranormal Challenge.

Built over 100 years ago in Martinsburg, West Virginia, the Apollo Civic Theatre hosts its annual Apolloween event and includes Paranormal Investigations throughout the month of October. From 10 pm to 3 am, you and a group of other investigators will attempt to discover ghosts that haunt the historic theater. Apolloween also includes a screening of The Addams Family on October 12th at 8 pm and a live rendition of The Rocky Horror Picture Show on October 19th and 26th. Contact the Apollo Civic Theatre at (304) 263-6766 for more information. Throughout the year, visitors can take daily tours, special ‘3-Hour Investigation’ tours, and overnight investigations. During the Halloween season, the penitentiary hosts special events, from experiences not for the faint of heart to more kid and family-friendly activities. Call (304) 845-6200 for more details.

The local folklore of Parkersburg includes the Ghost of Silver Run, Civil War hauntings, and stories of the origins of the Mothman creature. The Blennerhassett Hotel is a popular ghost hunter destination that includes apparition sightings of a former mayor, spooky occurrences on the hotel’s 2nd floor, sounds of children playing in the guest rooms, and books flying off the shelves of the hotel’s library. Haunted Parkersburg Ghost Tours provides ghost tours between September and November. Call (304) 428-7978 for more details.

An amusement park built atop cursed land? That’s Lake Shawnee Amusement Park. Built in 1926, abandoned in 1966, and reopened for one year in the 1980s, Lake Shawnee Amusement Park has its fair share of haunting history. The site of the amusement park was the site of a massacre between two families over a land dispute during the 1700s. If that’s not enough to frighten you, after the park reopened in the 1980s, an archeological dig uncovered Native American artifacts and human remains. There are now many paranormal tours held. 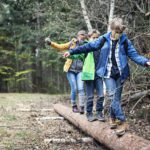 Things to Do in West Virginia with Kids 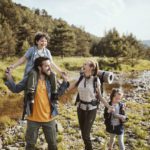 Our Favorite Things to Do Near Petersburg, West Virginia 16 Things to Do in the West Virginia Mountains